The Aztec architecture was very unique and bold as they had their own elegant and powerful style. The Aztecs made shrines temples and pyramids often honoring their gods. Also scattered around Aztec cities would be homes ball courts and even sports fields for games such Ullamalizli, a famous traditional ball game.

Aztec building design depended intensely on cosmology, space science and religion, their gigantic urban communities mirrored their convictions and its a vital key in comprehension their history and society, and how this influenced their structures and developments.
The most dominant bit of architecture are the Aztec temples. These temples superbly speak to how the Aztecs structural engineering is fueled by their will to sacrifice to their gods beings and their religion. 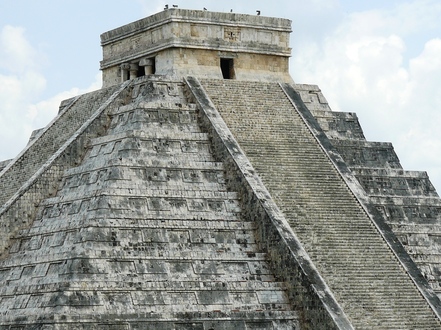