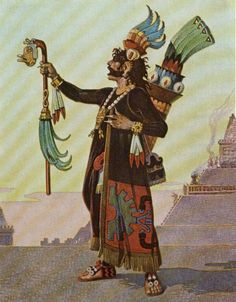 Priests
There was very little difference between Aztec religion and normal society as they were both one in the same . The "Chief of men " or high priest controlled all  the religious ceremonies and was also the military leader.
The priests and priestesses were very important in society and acted as doctors ,teachers of science ,writing  art, music ,counting and astronomy. Every single part of the Aztecs life was part of their religion and therefore the priests were the closets things to their gods.
Human sacrifice was a big part of the Aztec religion and the priests were very much involved . They believed that the gods would only provide for humans only  if they were nourished by human beings.

Priests were painted black and clothed with dark green or black robes hanging over there face reeking of blood from past sacrifices.
Aztec priests saw themselves as sons of the sun and the earth to be nourished by the blood of human sacrifices. The beating hearts of thousands of victims were ripped out to prevent disaster.

Temples
There were many temples built by the Aztecs .These shrines were built specifically  to pay tribute to the Aztec gods of Huitzilopochtli (the god of war and the sun) and Tlaloc (the god of rain and fertility).Possibly the best known of the Aztec pyramids is the Great Pyramid, or Templo Mayor. This Aztec temple was the main temple of their religion and was also the capital of Tenochititlan, which is now  modern day Mexico City. This step pyramid rose to an impressive 197 feet above the city. Like all Aztec temples, it contained stairways leading to shrines.

Being the most important of the Aztec temples, the Great Pyramid underwent many changes during its existence. It was enlarged multiple times, with the final renovation taking place in 1497. During this final renovation, the Aztec people documented having sacrificed 84,000 humans.

The Great Pyramid was extremely steep. In fact, the top of this grand Aztec temple could not be seen unless it was climbed. This was done intentionally to symbolise their belief that the gods were far above the people and all earthly things. The Aztec temples symbolically demonstrated that no one could come even close to the gods unless on top of the pyramid, because they believed the  Aztec gods lived in the sky. Many smaller building were also built around this largest of the Aztec temples. 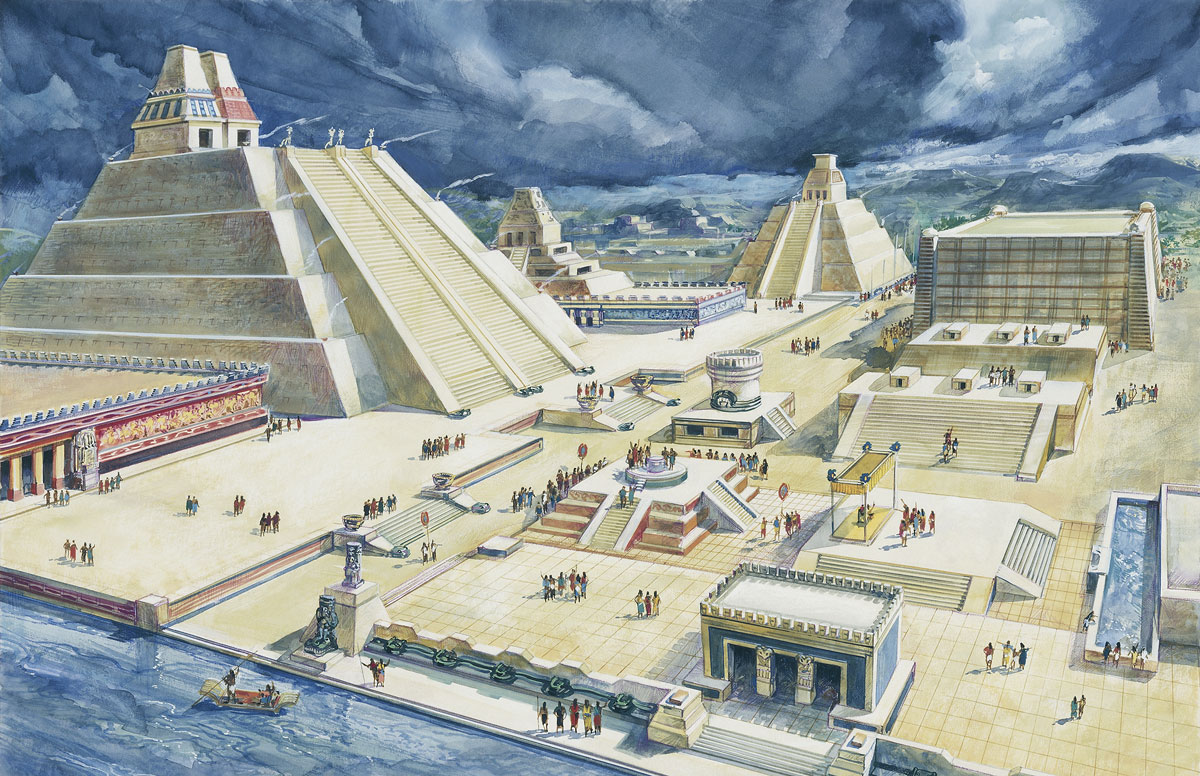